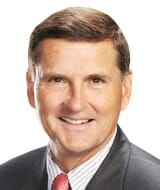 Jim Schneider serves as the Chairman of Horizon Bank, a privately held bank in Austin, Texas. Mr. Schneider is actively involved with the expansion of subsidiary banks in Central Texas with the focus on small to middle market business. Until his departure in 2007, Mr. Schneider was the senior vice president and chief financial officer of Dell Inc. In this role, Mr. Schneider was responsible for all controller functions, planning, tax, treasury operations, investor relations, corporate development, real estate, risk management and development of internal audits. In addition to his finance responsibilities, Mr. Schneider also served as Dell’s chief information officer from 1999 to 2000.

Mr. Schneider joined Dell in September 1996 from MCI Communications Corp. in Washington, D.C., where he was senior vice president of finance. Before joining MCI in 1993, Mr. Schneider was associated with Price Waterhouse for 19 years in the United States and international markets, including 10 years as a partner.

Mr. Schneider holds a bachelor’s degree in accounting from Carroll University, Waukesha, WI, and is a certified public accountant. He is a member of the board of directors of General Communications, Inc., Alereon, Inc., Zilliant, Inc. and serves on the board of trustees of Carroll University. He is also a member of the Financial Executives Institute. For four consecutive years, Institutional Investor named Jim top CFO in IT hardware and in 2003 in 2003 was named one of the 100 most influential finance executives by Treasury & Risk Management magazine.